The Rise of .NET and Challenges to Consider

The Rise of .NET and Challenges to Consider 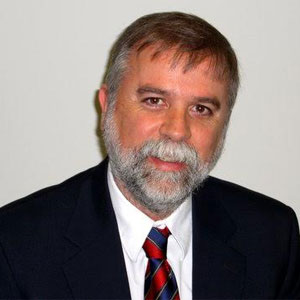 Hugo Borda, SVP Technology and Engineering, Corcentric, Hugo Borda focuses on Software Engineering and IT infrastructure to guide the Corcentric team toward delivering increased value to customers through n...  More >>

Developers tackle several tasks on a daily, if not hourly, basis. Depending on a project’s requirements the Microsoft .NET framework has continued to be the go-to programming platform to quickly build application code. As adoption increases, there are challenges and trends developers must keep in mind when both deciding whether .NET is the best platform and properly deploying the technology. Factors to consider include existing loyalty to a framework, correctly defining user-type/persona, scalable code and being susceptible to change and time to market.

There has been an increase in the adoption of .NET services in the market today, prompting people to talk more about the shift from Google apps. There will always be a level of resistance when it comes to change. There are developers that will remain fans of the Google technology and there are developers that will remain loyal to Microsoft’s framework. To completely convert Microsoft users to Google or vice versa would be extremely difficult because both are two different paradigms. This is not to say that change couldn’t happen.

There are Microsoft-oriented developers still working in the Google space. This is an audience that is likely to convert, simply because now they can do it the Microsoft way. At the same time, it will be difficult for those people to gain the trust of Google developers to operate the Microsoft way.

One way that.NET is continuing to push developers is how the framework is in charge of creating, implementing and allowing innovation. From there, developers use the tools that come from this innovation to work on various projects. In competing frameworks, developers themselves have more opportunity to take the lead with innovating. It all depends on user-type/persona.

​As more developers adopt the .NET services versus its competitors, it will be more important than ever to be aware of the specific challenges and benefits that the Microsoft platform presents

For example, users writing solutions for customers should look to Microsoft for these specific projects. On the other hand, if you are the user writing solutions for developers, Microsoft’s competitors will allow more opportunity to innovate and elaborate at a different level. If you look at companies like Facebook, Snapchat, Instagram and LinkedIn – platforms that have seen some of the largest strides in innovation in the last decade – these are platforms that do not use Microsoft’s framework are more based on open source technologies. If the goal is to develop a powerful piece of software, like Corcentric’s offerings, Microsoft is the preferred provider to create fast and reliable client-facing features.

The .NET framework works completely different than most of other frameworks currently on the market. The challenge for those moving to .NET is the overall transition to think and speak the .NET way. When a developer brings existing code to .NET, a common issue is not thinking the .NET way. The same challenge applies to programming languages. A basic but extremely critical first step to eliminate rewrites, is breaking down exactly how the platform/framework works. This is important because if a developer tries to use a platform the exact same way that a separate platform is used, coding issues will inevitably appear, resulting in major issues that will cause delays in time to market.

Developers must keep in mind that change is the very nature of their work. Every day, new discoveries are made in the tech space and as a result, new issues come up that must be solved. The technology that developers are working on today will almost certainly undergo some amount of change in the weeks and months to follow. It’s important that developers are susceptible to change and time to market and write code in a way that can be released, even every day, if needed, as the industry evolves.

As more developers adopt the .NET services versus its competitors, it will be more important than ever to be aware of the specific challenges and benefits that the Microsoft platform presents. Developers need to take a critical look at what the expected goals are for each project in order to base a decision that will increase agility, deliver more security and enable innovation.

Microsoft has made large investments in Cloud initiatives and brought the .NET simplicity to the Cloud complexity. Azure had become a great mechanism to deploy highly secure and reliable .NET services and .NET microservices, both of which are the cornerstone of building scalable and reliable Internet applications.

Unlocking the Value of Connected Cars

Comprehensible Distribution of Training and Information...

The Current Focus is On Comprehensive Solutions

Big Data Analytics and Its Impact on the Supply Chain

Carmax, the Automobile Business with IT at the Core

The CIO's role in rethinking the scope of EPM for...

Transformative Impact On The IT Landscape

Get Ready for an IT Renaissance: Brought to You by Big...

Technology to Leverage and Enable

Speed is the Name of the Game

Challenges Over The Past 18 Months

Security Architecture In Theory And In Practice: Why Security Should...

How Wi-Fi 6 Will Seamlessly Integrate With 5g

However, if you would like to share the information in this article, you may use the link below: